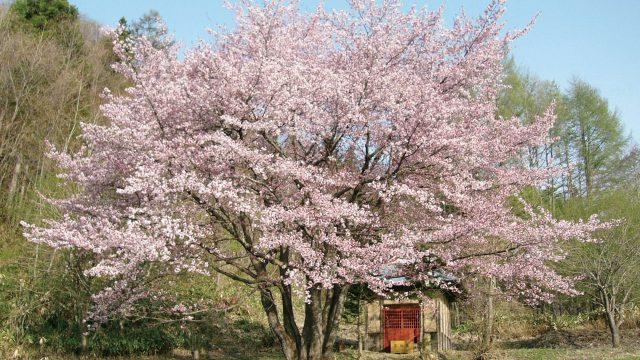 The origin of Okino Zakura dates back to about 100 years ago when an owner of a Ryokan (Japanese-inn) named Okino planted a cherry blossom tree in a garden of the Inari Shrine which he would visit to worship every morning and evening. It has grown well over time and people named it ‘Okino Zakura’. (Best time to see: Late Apr. through Early May)